To celebrate the tournament’s 75th anniversary, the NBA has partnered with Nike on a collection of sneakers on classic designs inspired by the teams’ uniforms. teams like the Chicago Bulls or the Lakers on legendary designs like the SB Dunk, the Air Force 1 and most recently when Nike announced an image of a brand new version of the Air Force 1 High. 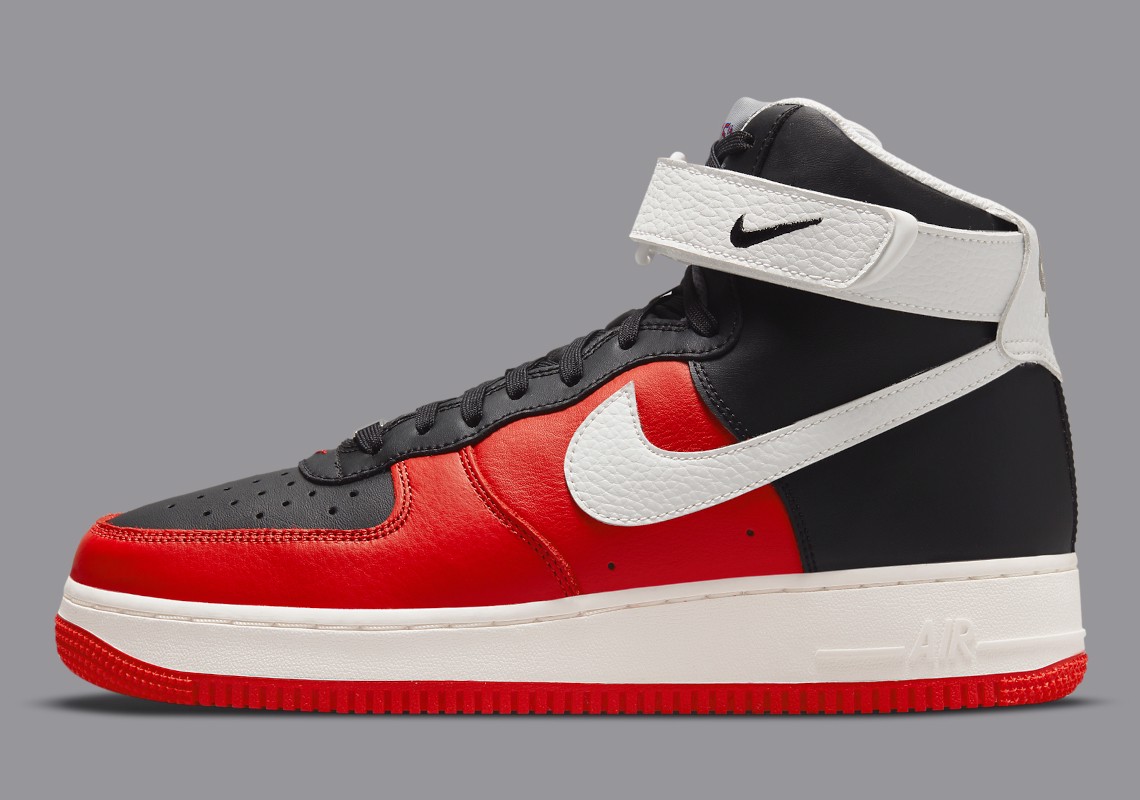 From the Toebox to the collar and heel of the Nike Air Force 1 High “Chile Red” features suede material immersed in glossy black tones, while the toecap and Quarter Panels have a signature “Chile” tone. Red” highlights the spirit and originality of this edition. The rest of the details on the Upper include the Swoosh mark as well as the Strap patch on the collar that contrasts with a white color that separates from the rest of the design with the “Sail” color scheme. , similar to the Mid-sole part and finally the return of “Chile Red” on the Out-sole section to unify the entire design. And like the other versions, the classic Nike Air Tag on the tongue of the Nike Air Force 1 High “Chile Red” has been replaced with the NBA’s 75th Anniversary Logo. It is expected that the NBA x Nike Air Force 1 High “Chile Red” will be officially released by Nike in October. Please continue to follow Storepc to update the latest information on fashion trends and sports shoes.