Adidas Originals is introducing a brand new look to its ZX shoe lineup. ZX 5K BOOST Lerna in “Silver Metallic / Cream White / Solar Red.” Inspired by the twin ZX 5000 hence the name 5K Boost. It can be seen that the ZX 5K BOOST shoes have similarities between the ZX 5000 but have a more modern and futuristic style. Let’s learn about these newly released shoes with Storepc. 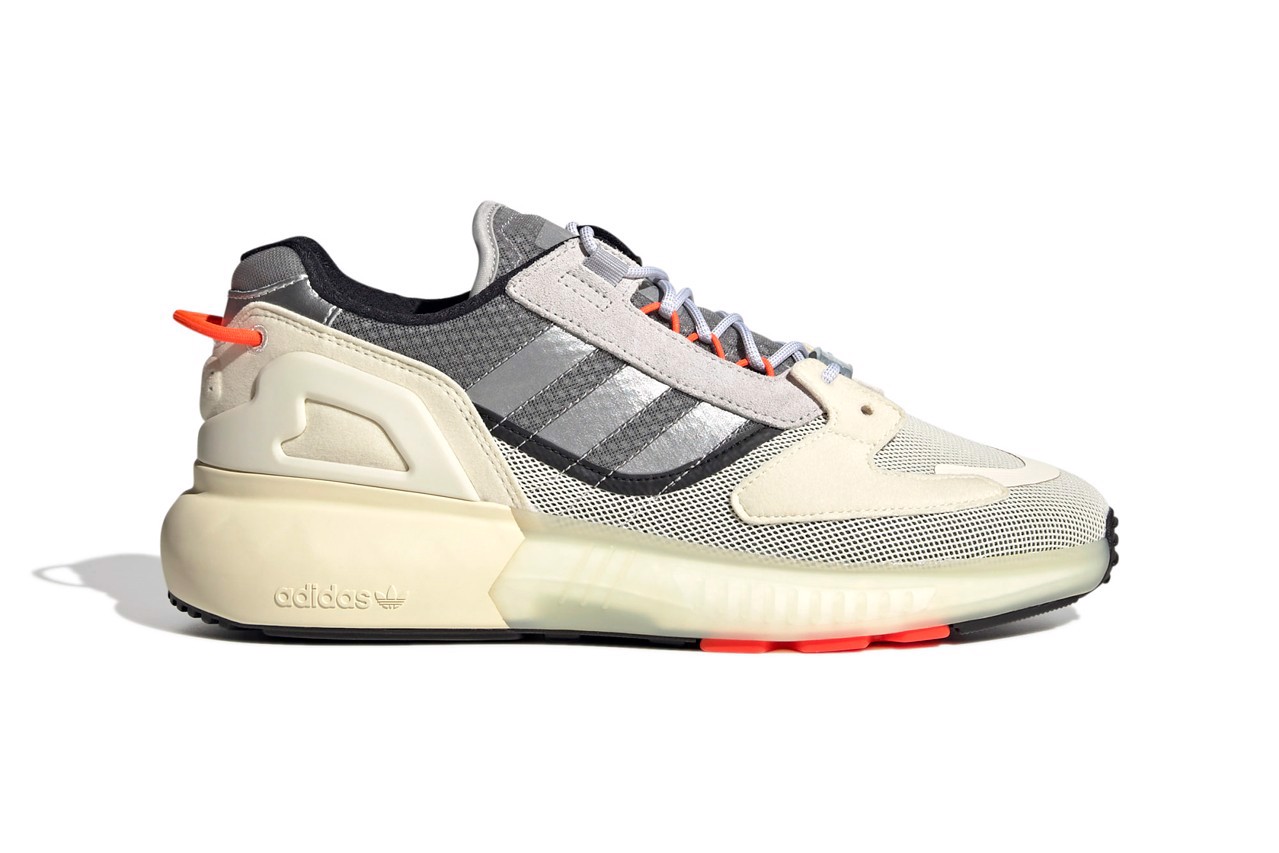 The neoprene and suede heel pad is styled to the shape of the original, but looks like an extra cushion rather than a stick-on filler like the older style. adidas’ signature three-stripes are also featured in the “Silver Metallic” colorway, and instead of being woven into the mesh, they’re printed onto the mesh in a reflective form. Elsewhere, adidas Originals handcrafted the entire front section from micromesh and used suede panels for structural integrity, while more mesh was used for the tongue where the D-rings are. with lace-up fabric and a dragon motif on the insole. The idea of ​​a dragon continues to inspire the shoe with flaming “Solar Red” engravings that touch the aforementioned D-loop, heel loop and outsole, while the realistic dragon graphics do charm for sock lining. Rounding out the shoe, of course, is the full-length BOOST midsole, which is partially covered at the back on the shoe’s exterior.