SNKRS – An application on the mobile platform released by Nike itself, with the goal of using it to introduce users to upcoming Nike shoe models. SNKRS is available on both Android and iOS, and it must be admitted that this is a right move for Nike, as smartphones are becoming more popular day by day. The stories surrounding SNKRS are also countless, from the drama that the app runs too slow, to the community that Nike uses SNKRS as a “trick” to make its shoes more and more hype up in the market. school… But whatever it is, we have to admit that, SNKRS has done a great job at its secondary level – it is to inform users of the upcoming Nike shoes.

Currently, the SNKRS application as well as the social network has been one of the effective arms that Nike can take advantage of to introduce and flatter its products. But have you ever wondered that How did Nike introduce their new shoes to the community, in the days before the advent of smartphones, Instagram or Facebook and the SNKRS app? However, if anyone is a true fanboy of the Nike family, they will know that, in the past, Nike used to use the magazine as a main tool to introduce its shoes, it was even designed very beautiful on the other hand. Today, let’s find out with Storepc to see what’s special about the sneaker decoration of that day! 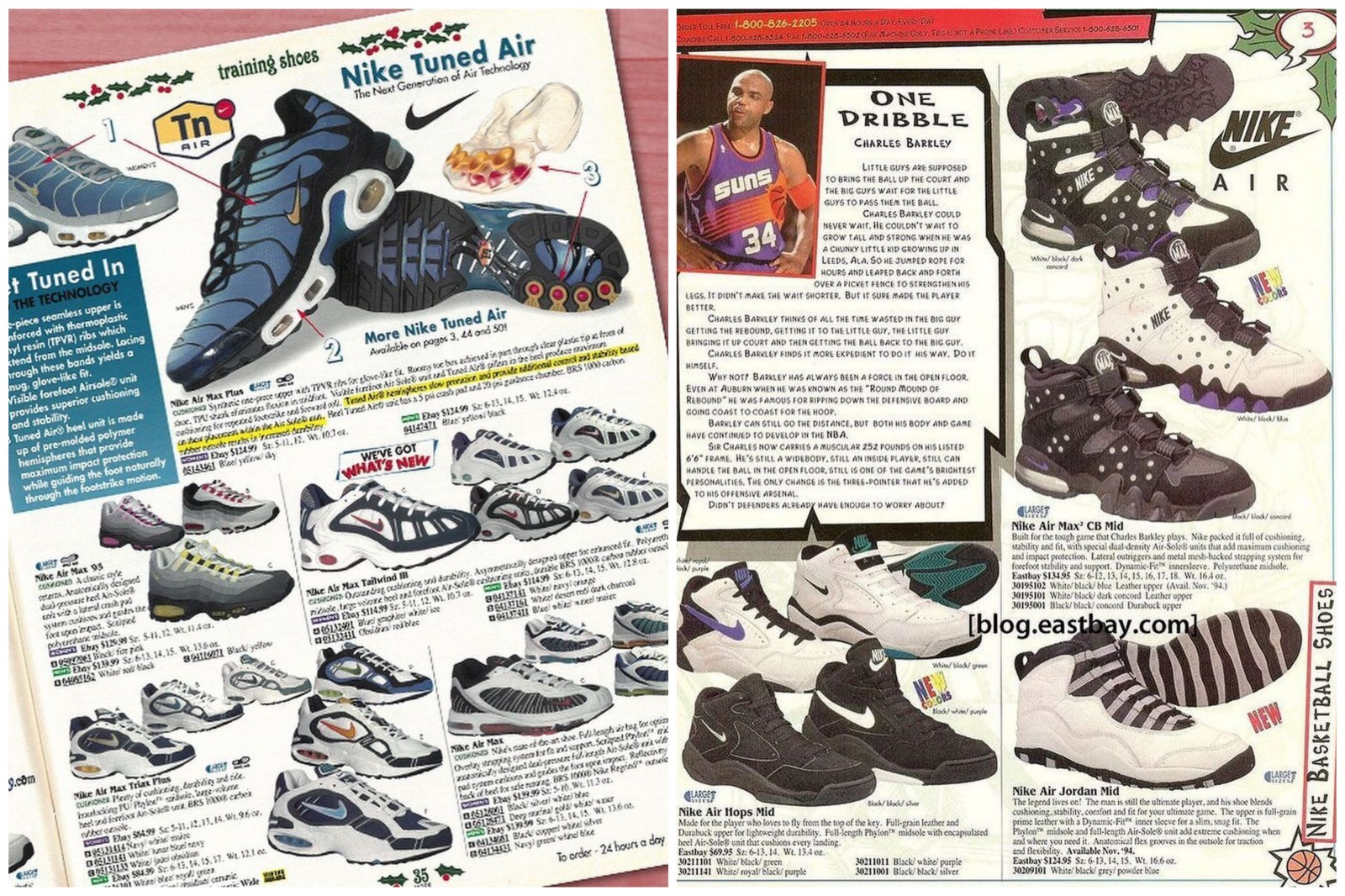 Nike does not do it personally, but through Eastbay – A retail company that specializes in providing shoes, as well as sports equipment of brands across the US (including NIke), was founded in 1980. by Richard Gering and Art Juedes. From the very beginning, Eastbay had set a very clear direction for themselves, Richard and Art insisted that they would sell by presenting all the products they were distributing to customers, in the form of one small brochures, or mini-magazines, which people often call Direct Mail. In this magazine, Eastbay will list each product that it is distributing, along with the outstanding features of each item, as well as an indispensable part of extremely eye-catching images. Eastbay makes extremely quality and meticulous magazine pages, they have a prestigious team with superior color play, they represent Nike to market most of its shoes. And in the 80s and 90s, it was Eastbay that was the main tool for Nike to indirectly introduce its new products, before the time when SNKRS was born. However, Nike is not completely out of the game. This brand and Eastbay signed a six-year contract, starting in 1981, in which Nike will only need to do an easy task, which is to spend money on printing, and the rest. Let Eastbay take care of it. In the 80s and 90s, the time when smartphones did not rule the world, having access to printed pages of shoes, with all colors and designs, was really a feeling of joy and excitement. very difficult to describe in words. It’s like when you were young, you walked into the library and found yourself a book about the animal world, in which was a picture listing countless animals, each with its own unique characteristics, When we read it, we burst out because we have learned more interesting information about each animal. The feeling that Eastbay brought to shoe lovers at that time was exactly the same! And that’s the way Nike has used in the past to present its shoes. Now, Eastbay has completely moved its operations to a digital platform, so the old-fashioned physical documents are almost gone. That’s why suddenly it became a rarity, sought after and nostalgic by many people. It’s great to have a copy of Eastbay’s magazine these days. Read more: What is so special about the retro sneaker that attracts so many fashionistas?

History of formation and development of Nike Air Max Day