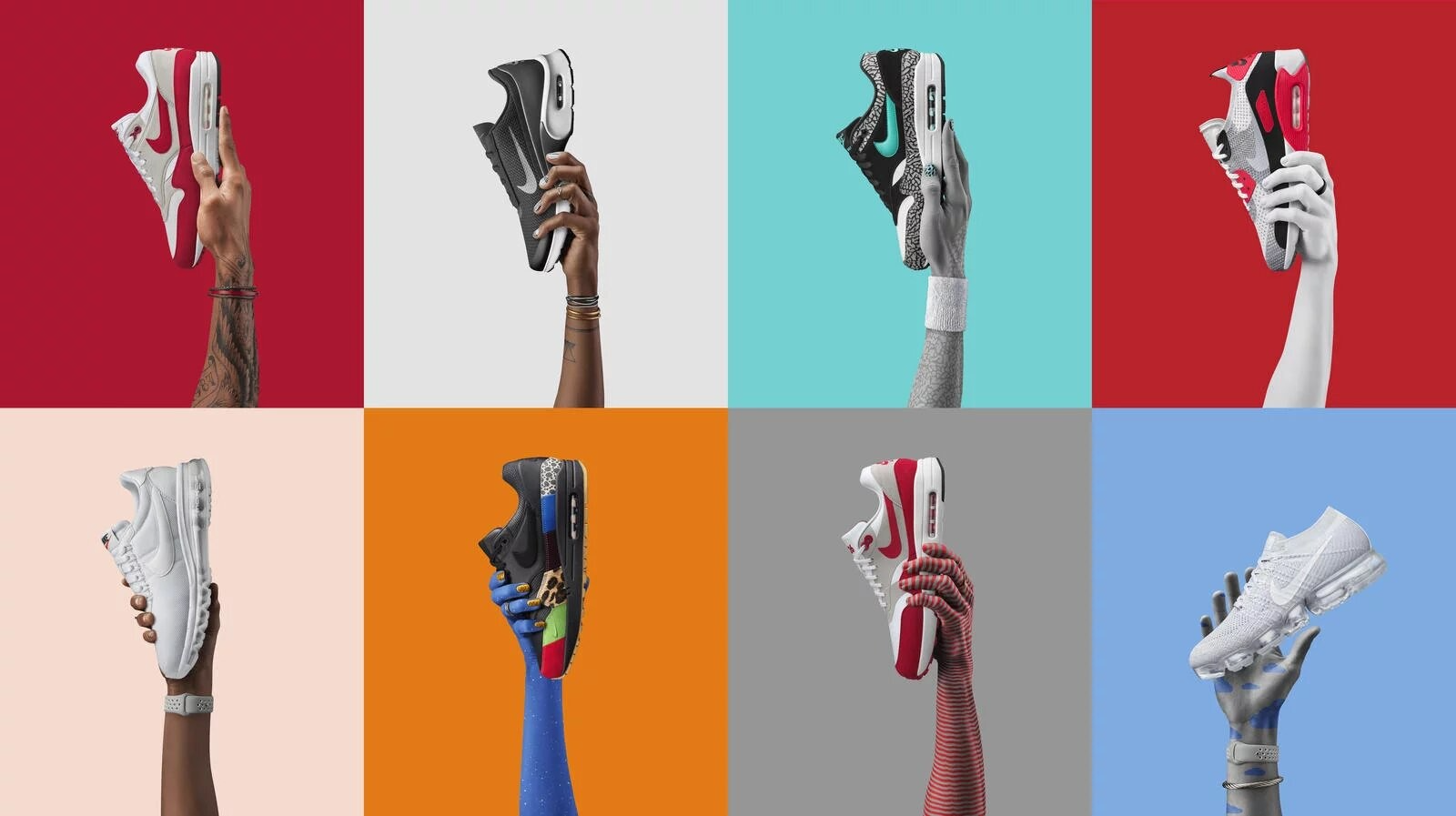 As part of the popular “The Ten” collection, it’s hard for the Off White x Nike Air Max 90 not to be on the list of the top 5 best Nike Air Max pairs of all time. The exterior of the shoes retains the look of the traditional Air Max 90 line, but in the hands of the wizard Virgil Abloh it has become more magical than ever. And when looking from a distance, you will not be able to admire the beauty of these shoes, because it also has a lot of hidden details that we have to look closely to recognize. In addition, these Offwhite x Nike Air Max 90 shoes still carry the typical DNA of the shoes in the “The Ten” collection that year, from the orange-orange tag sewn into the Swoosh, to the zigzag-shaped left line, worthy of a super product of all time. 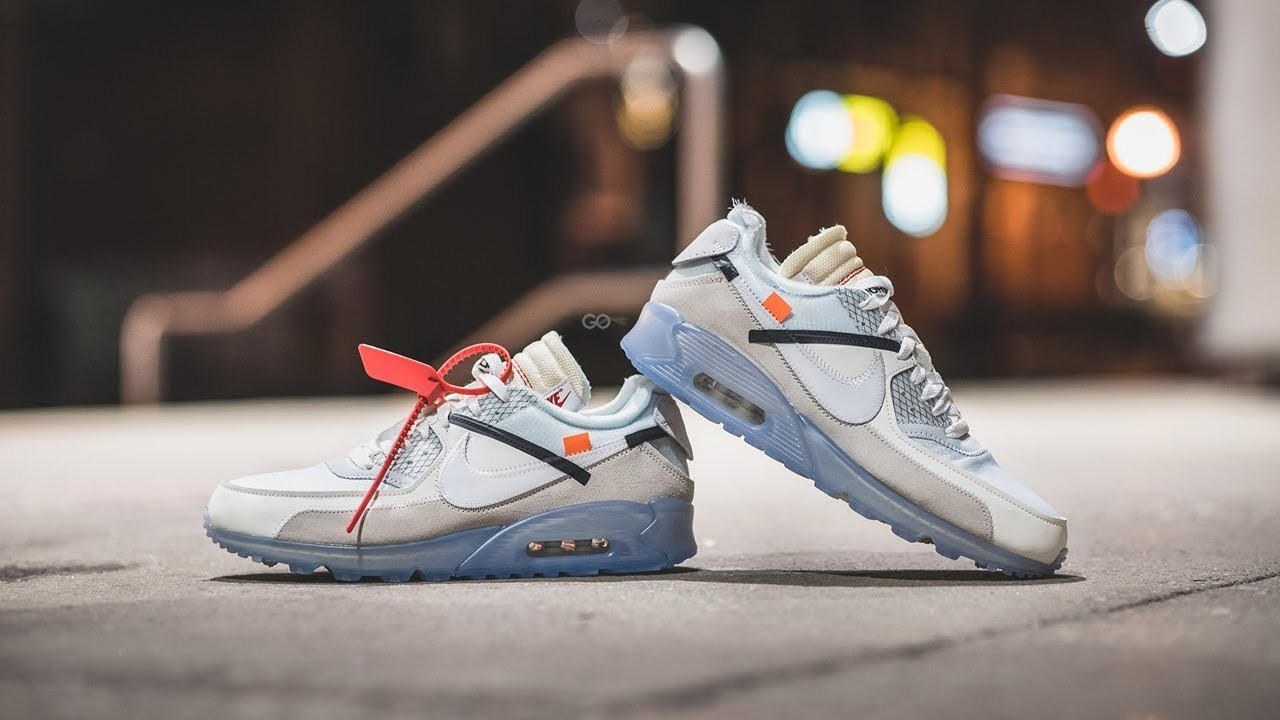 Nike Air Max 1/97 Sean Wotherspoon was born in a shoe design competition organized by Nike. The father of this legendary shoe is Sean Wotherspoon, whose name was also given to his brainchild. You may wonder why 1/97? What is the number 1 here and what is the number 97? In fact, the reason this Nike Air Max pair has the name 1/97 is because Wotherspoon took the Upper of the Air Max 97 line, along with the sole of the Air Max 1 shoes and combined them together, thereby leading to the release. The life of a one-of-a-kind design. So it can be said that this is a literal “child” of the two shoe lines mentioned above. Once upon a time it was said, “If you don’t own a pair of Nike Air Max 1/97 Sean Wotherspoon, never claim to be a Nike Air Max Fan.“. That statement is still true today and it is still valid as it was at the beginning. 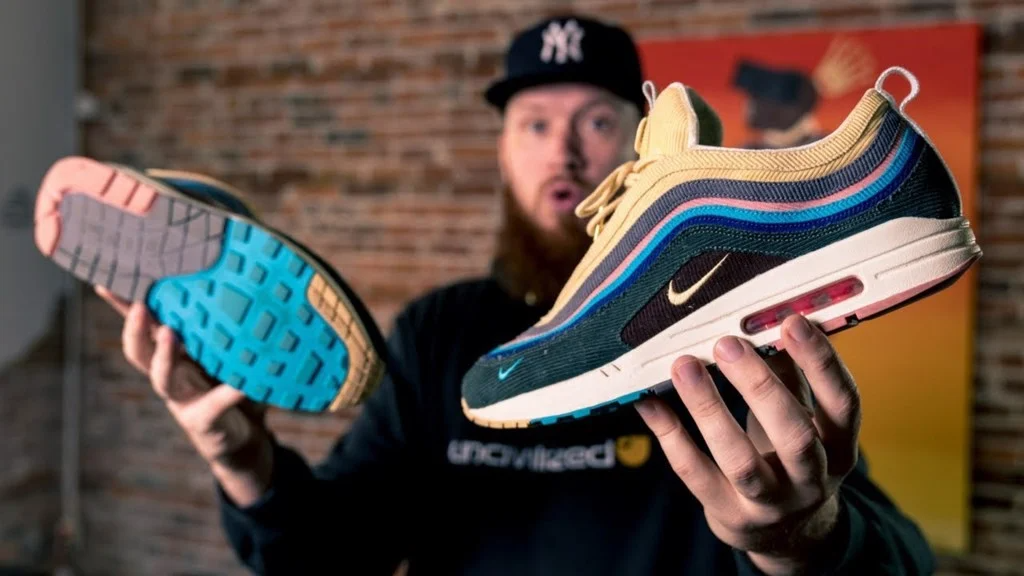 Perhaps you will find that this shoe is not beautiful, that it is too dazzling and that the color is so weird. That is also partly true, however, if only in terms of culture, this 16-year-old Nike Air Max 90 more than 16 years old deserves to be included in the list of 5 best Nike Air Max pairs of all time. As part of the Charity Series campaign of 64 pairs of Air Max designed by Eminem himself, this Nike Air Max 90 is still more special. Its color looks ghostly, with a bit of a mischievous, unpredictable feel. On August 31, 2006, 64 pairs of Air Max from Charity Series were auctioned on the online auction platform – ebay. The auction lasted 4 weeks, all proceeds from this activity were used for charity purposes. Currently, the exact value for a pair of Nike Air Max 90 Eminem “Charity Series” is difficult to say, however, a sample version of this shoe is being sold on ebay with a value of somewhere over 470,000. 0000 VND. Nearly half a billion but can’t be joking! Perhaps when it comes to one of the most classic colorways of the Nike Air Max 90 line, “Infrared” will be king at the top of the list. It’s been many years since the day this shoe was first released to the public but it has always been a fan favorite. There are many stories surrounding this color scheme, but perhaps the most interesting one. related to the big red patch in the middle of the midsole. It is said that when Tinker Hatfield designed these shoes, he found the exposed Air sole to look too small and gentle, when walking, it was not “high” enough, so Hatfield deliberately made the Air cushion a bit larger. compared to the original Air Max pairs. And to make everyone notice the above detail, Hatfield put the red patch right in place of the Air Max cushion, thereby leading to the birth of the legendary Nike Air Max 90 “Infrared” colorway. phone. 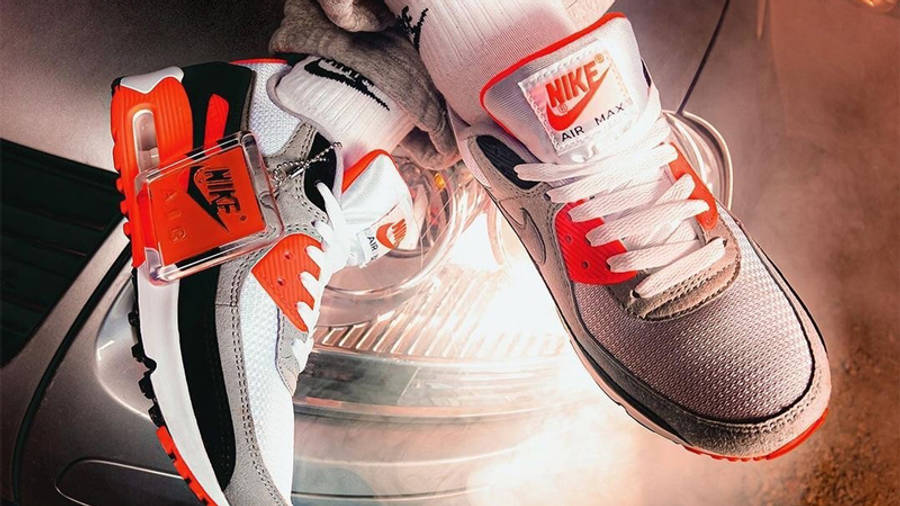 Topping the list of the 5 best Air Max pairs of all time is of course the Nike Air Max 1. If the Air Jordan has the Jordan 1 as king, then when it comes to Air Max – the Air Max 1 must also be revered in its place. similar. First released in 1987, the Nike Air Max 1 Anniversary Red was the first Air Max pair in human history. Wearing one of Nike’s OG colorways, it’s no exaggeration to say that the Nike Air Max 1 Anniversary is one of Sneaker Culture’s legendary shoes. It was beautiful, simple enough to coordinate, but also striking enough to attract the eye, as well as the foundation for the resounding success of the Nike Air Max shoe line later. People often joke with me, “If you don’t find this pair of shoes beautiful, you are not worthy to be an Air Max fan”. 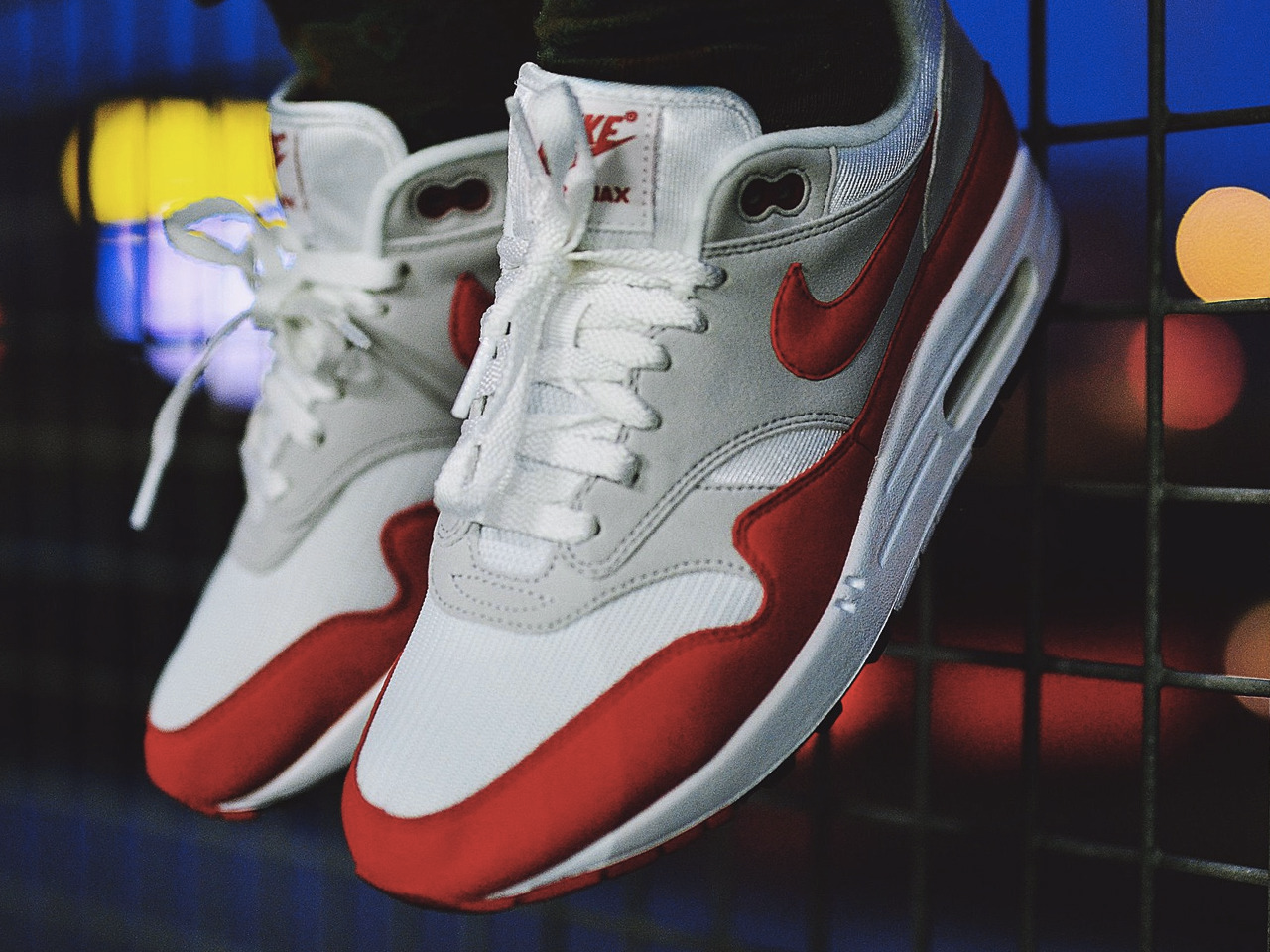 And those are the 5 Air Max shoes that I think are the greatest in history. I know there will be a lot of mixed opinions about the above list, but don’t worry, just love and cherish the shoes you love. Peace!

Instructions on how to coordinate with Nike Air Max 1