To celebrate the 75th anniversary of the championship, the NBA has teamed up with Nike to launch a line of sneakers inspired by the team’s uniforms. Legendary designs from teams like the Chicago Bulls or Lakers, like the SB Dunk, Air Force 1 and most recently, when Nike revealed the image of a new version of the Blazer Mid. 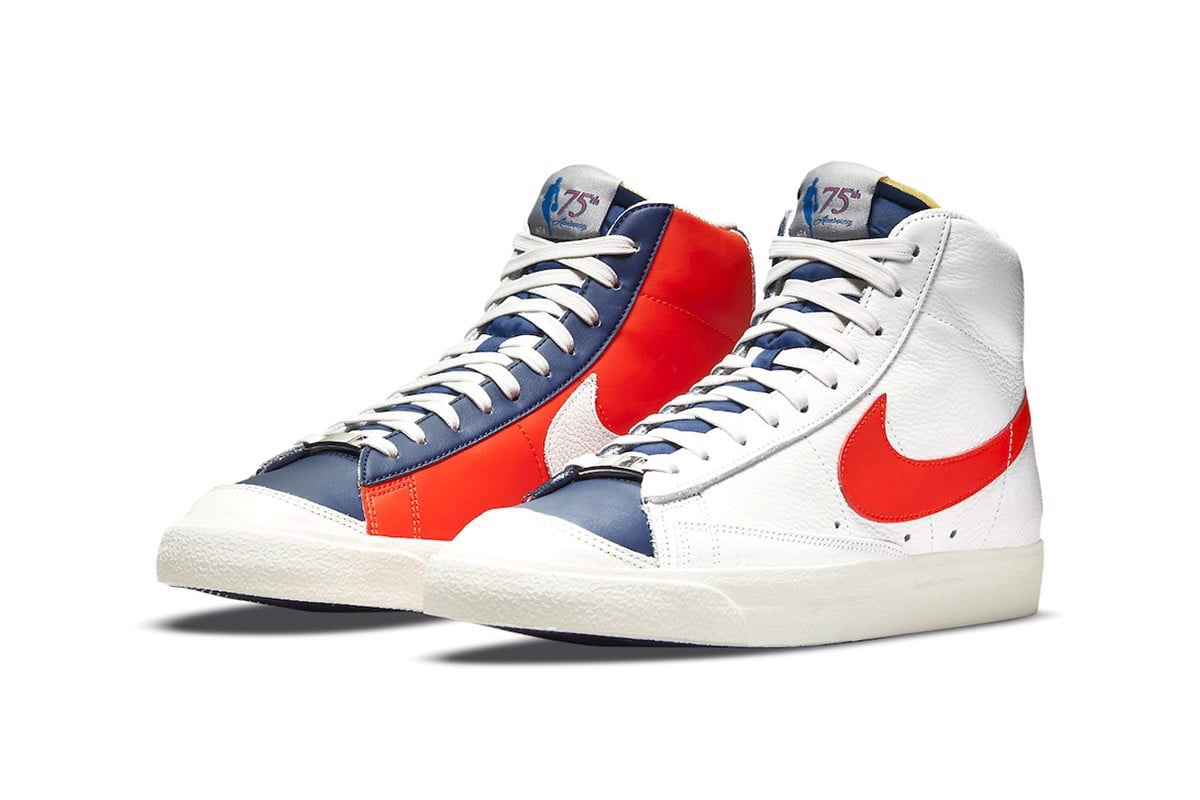 Part of Nike’s 75th Anniversary NBA Collection, the Nike Blazer Mid 77 Vintage Edition pays homage to the most famous New York Knicks team, joining the most captivating basketball tournament on the planet. Here, let’s take a look at this version of the authentic shoe. 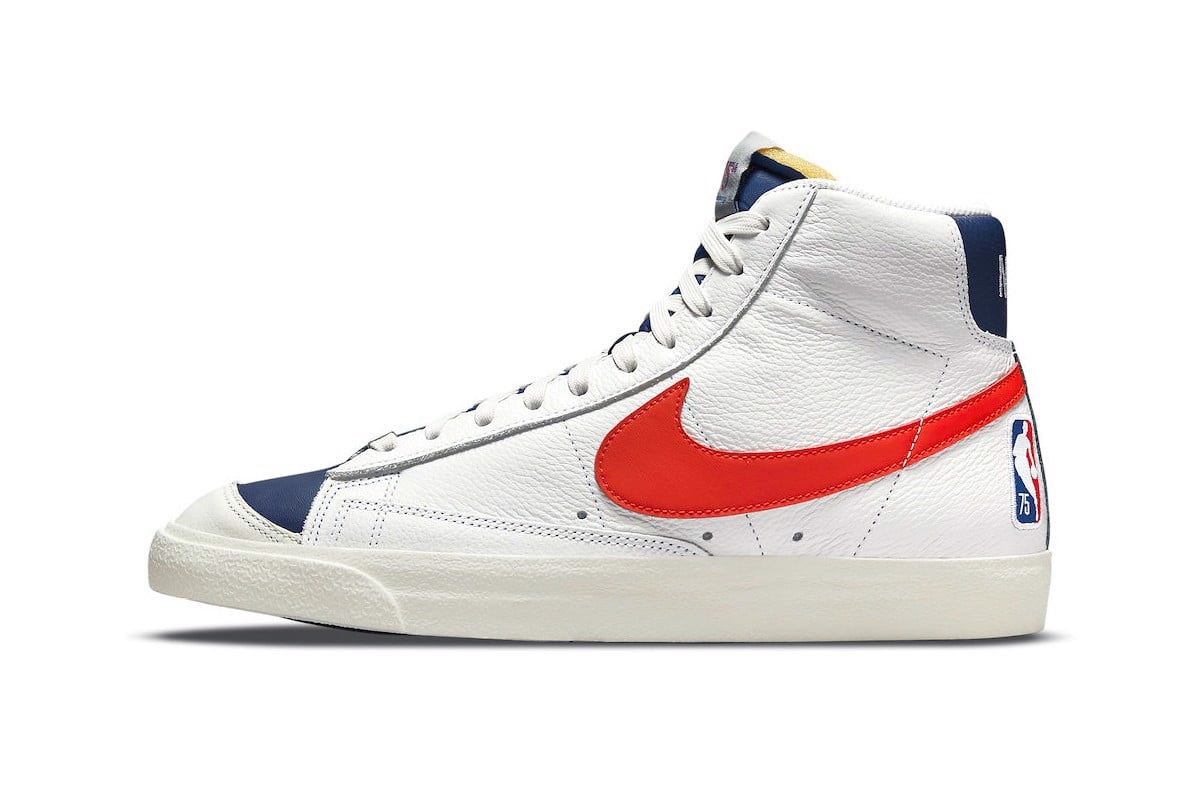 This edition of the NBA x Nike Blazer Mid EMB “Knicks” features a white, blue, orange and “sail” colorway that is the primary color of the NBA’s New York Knicks uniform. The tongue features a ‘Blue Void’ hue, the upper has an orange cheek on the inside and a large Swoosh on the outside. 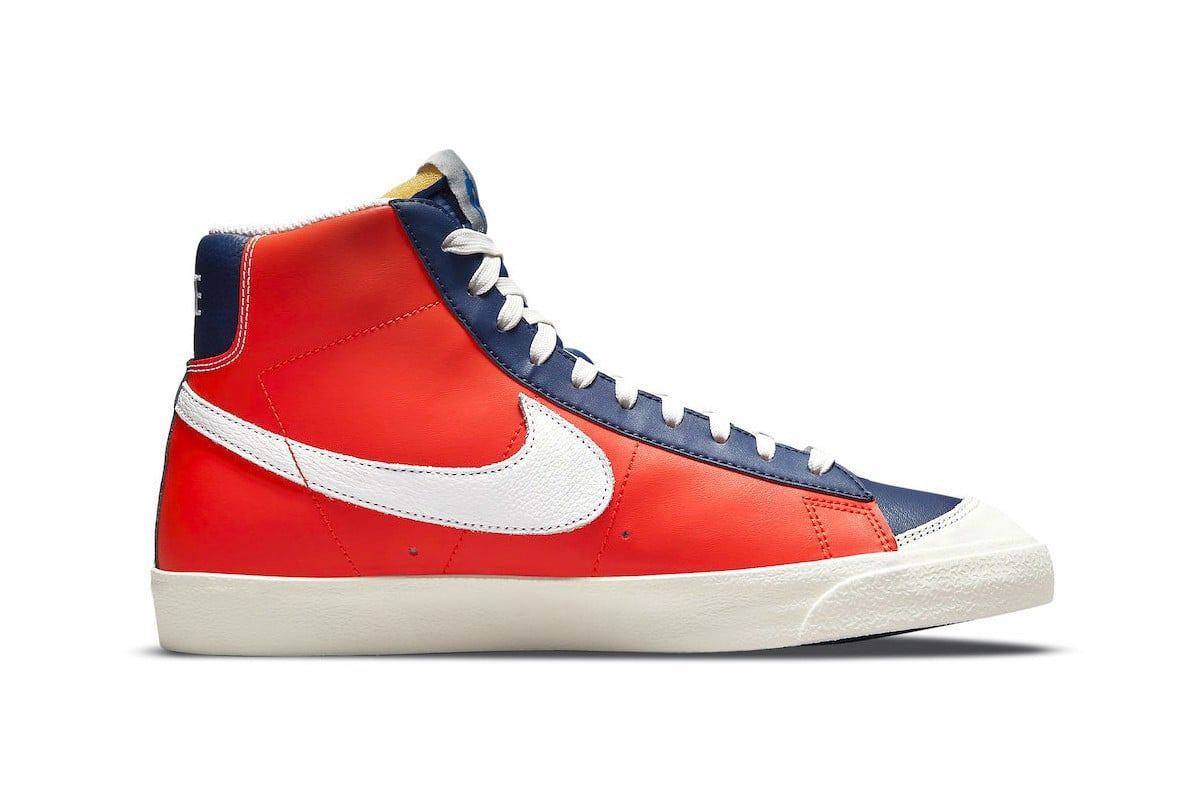 As with other releases in the collection, the traditional Nike label on the tongue of the NBA x Nike Blazer Mid EMB “Knicks” has been replaced with an NBA Logo label with the number 75, and the NBA logo also appears at the top. The heel creates a highlight for the design. Additionally, this edition will come with a special limited-edition gift box from the collection. 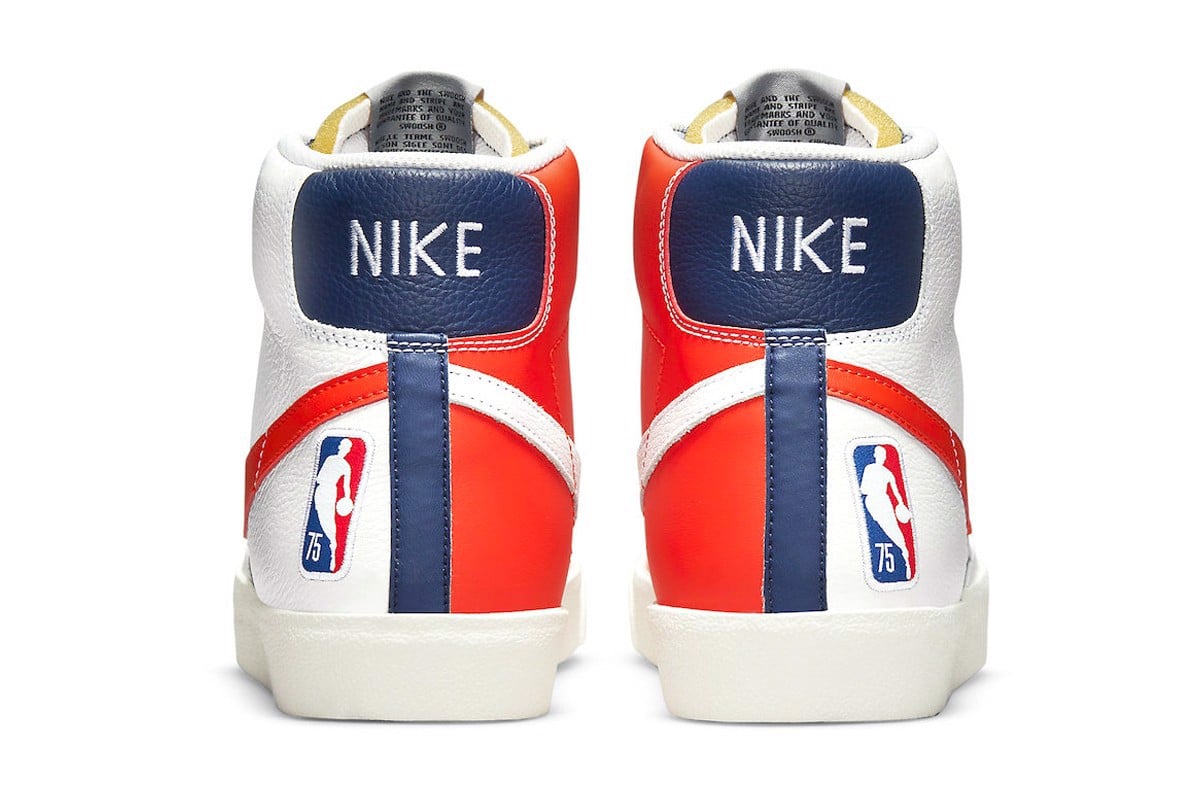 Expect the NBA x Nike Blazer Mid EMB “Knicks” to be officially released by Nike next week for $100. Stay tuned to Storepc for updates on the latest fashion trends and sneaker info.