The history of Dr. Martens dates back to 1901, in Northamptonshire, England. Almost immediately, the brand achieved moderate success and became the epicenter of British workwear. But at the time, the company was called Griggs, the family had run it for three generations, and the Dr. Martens we know today didn’t exist until nearly 50 years later. It all started in 1945, when Dr. Klaus Maertens was recovering from a fractured foot, and he used his poor condition to make a molded rubber sole to help him recover. He then introduced his new creation to an old university friend, Dr. Herbert Funk, a mechanical engineer who helped develop the shoe into a style that would appeal to a wider audience. In the end, the couple decided to promote their technology in overseas magazines in the hope that they would spread their audience. Little did they know that the technology would revolutionize street fashion forever. It didn’t take long before the company Griggs founded had an opportunity, they got an exclusive license, changed their name slightly, and in 1960, produced the Doctor. The first 8 holes of 1460 Martens are in the village of Wollaston in the middle of England. Dr. Martens was born in a time of great social change. Those boots quickly became a phenomenon with the times. Dr. Martens’ popularity among the working class quickly became a symbol of the then explosive “skinhead” subculture, or simply the shaved-head crowd. Skinhead culture originated as a working class response to the upper class. They even bought themselves a uniform consisting of Dr. Martens, a white T-shirt and Levi pants. 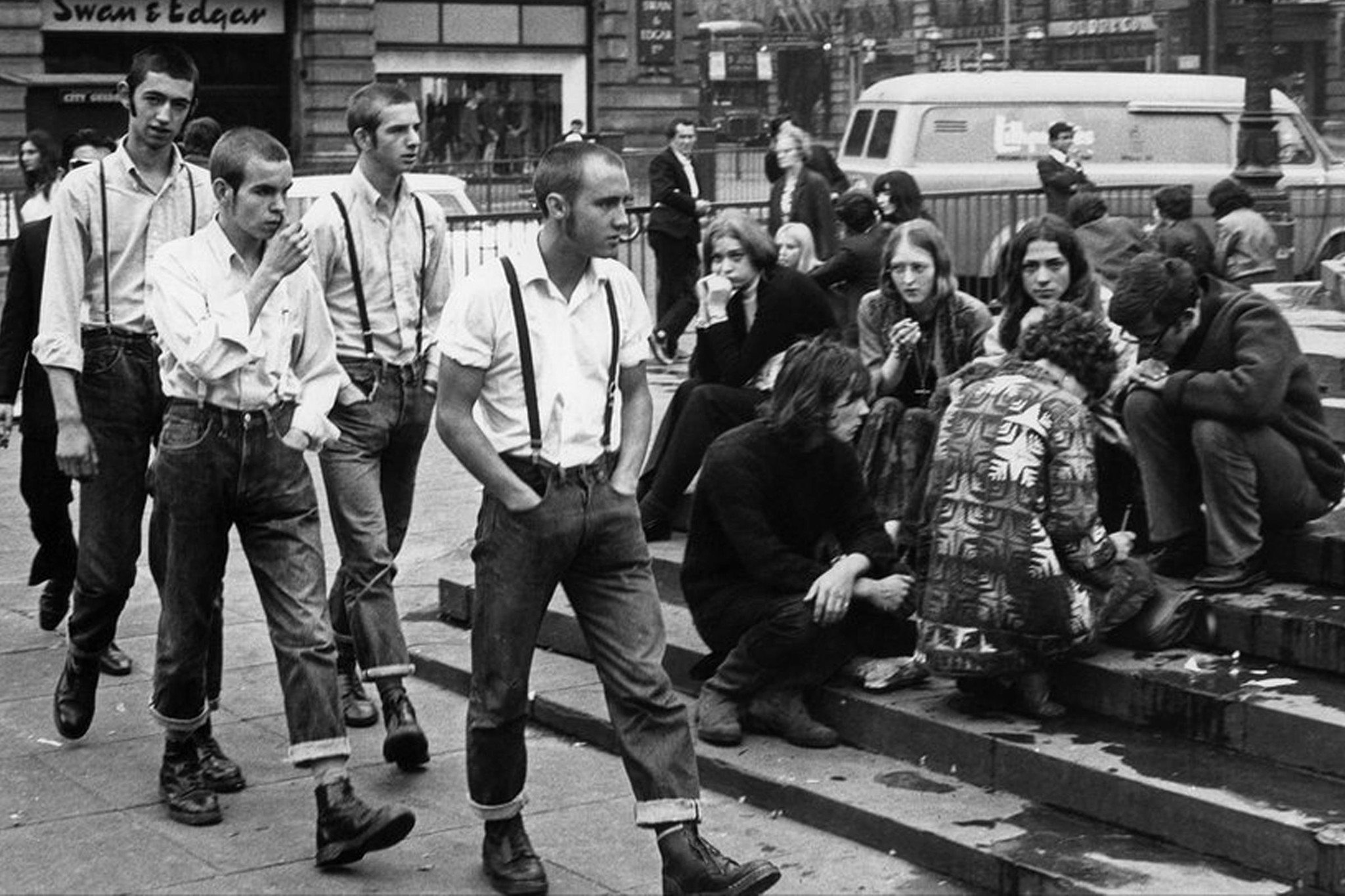 One thing to note is that skinhead culture in Britain in the 1960s was less about race or gender and more about finances and the place of the working class in society. In fact, skinhead groups are all multicultural groups, and Dr. Martens’ place in popular culture is all about class. After the skinhead culture accepted and loved Dr. Martens, other cultures that kept pace with the times began to pay attention to and use Dr. Martens boots. That all changed in 1966 when The Who’s guitarist Pete Townshend brought them on stage during a London gig. Almost overnight, the boot became a symbol of working-class pride and rebellion and a cultural accessory. It wasn’t until the ’70s that Dr. Martens boots really dominated British street culture. Ironically, at a time when Dr. Martens was a real problem for British police, those boots were indeed symbols of a culture that was out of step with the times. The skinhead culture has since split into different subcultures Glam, Punk, Goth, etc. All these communities have one thing in common, they all love Dr. Martens. But no matter what icon it is, it will die one day, and for Dr. Martens, it started in the 2000s, the beginning of a new century, the decline of punk culture, hardcore, and even rock music. Luckily, however, Dr. Martens has a smile on its face, as well as many other established brands in the UK and US, where the famous designer wants to collaborate with Dr. Martens to celebrate and revive the brand’s legendary design mobile phones. Ten years later, Dr.Martens and other sneaker brands have entered a new era, an era of frenetic collaborations, with Dr.Martens collaborating with a range of the biggest names in the world. Fashion like Raf Simons, Off White, BAPE and Stussy and many other popular brands. Although Dr.Martens’ target audience is very different from the market it was 25 years ago, Dr.Martens has maintained its place and status in the community and popular culture. Popular with celebrities like Rihanna or Pharrell and many other big names, Dr.Martens now claims its status as a street fashion product rather than a statement about culture and community. copper.

Stay tuned to Storepc for updates on the latest trends and sneaker news.